The Microcinema is designed to be a gathering place during the day when it functions as an open stepped landscape linking the two levels of the pier where people can hang-out and eat ice-cream. The timber structure also functions to frame views out to the forty-foot and Martello Tower. At night it is enclosed in fabric and works as a cinema hosting a festival of classic and art-house films. 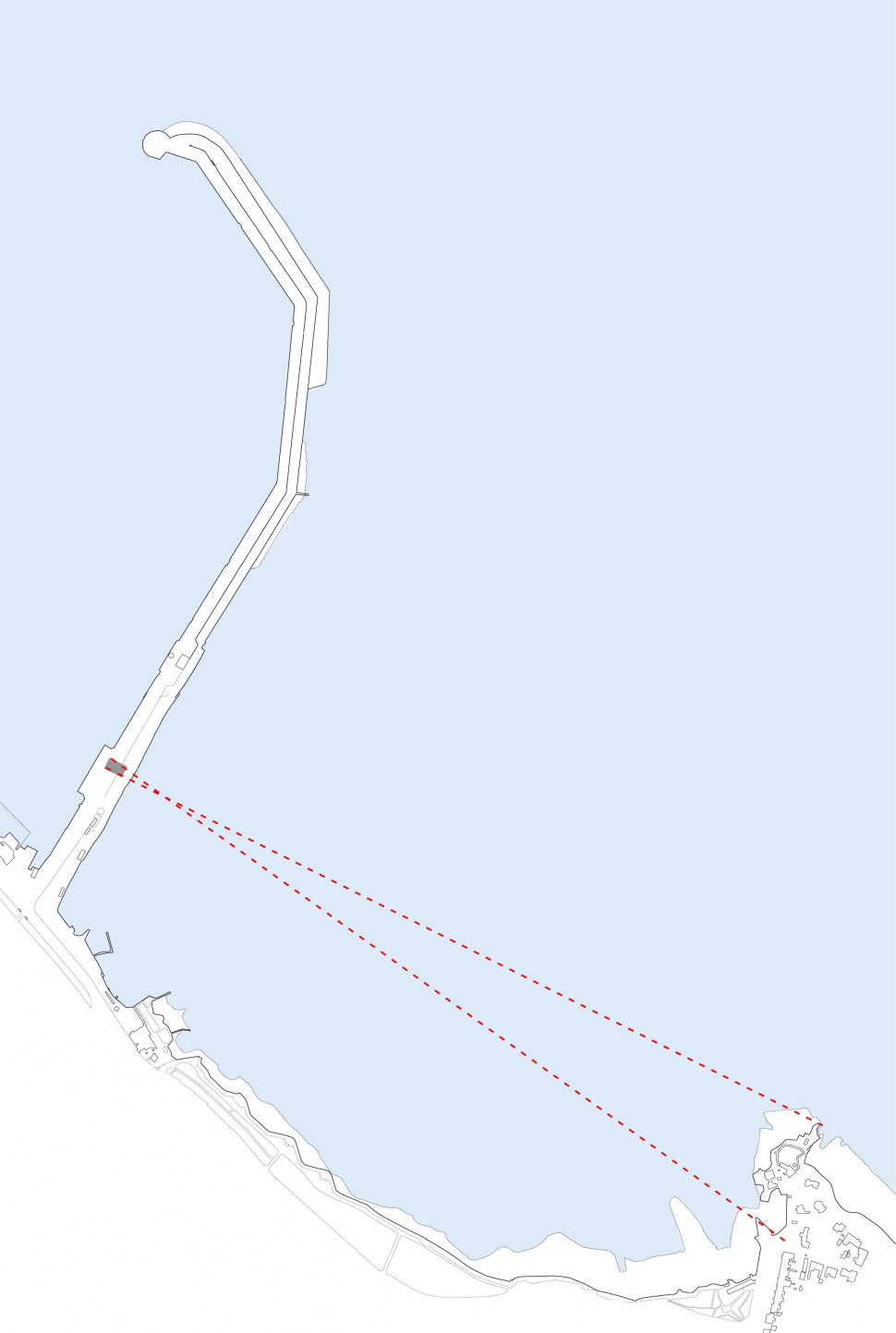 Research at the Irish film Archive has unearthed a wealth of historic film on and around Dún Laoghaire including footage shot by the Lumiere Brothers Company in 1897 and amateur footage of the construction of the Kish lighthouse in the 1960s. It was intended to feature these films alongside classics like On the Waterfront.