The Irish Pavilion is located at the end of the Arsenale – a beautiful brick building where the Venetians built their ships. We designed a temporary structure inside this building as an open matrix holding drawings, photographs and models. In response to the theme of the biennale Fundamentals, we used a simple timber framed structure and lit it with daylight. We printed drawings on translucent panels so that the qualities of the light would be rendered as it passed through the panels. To make a space within the Arsenale we raised the pavilion off the ground so that you step up into it crossing the fundamental condition in architecture – the threshold. 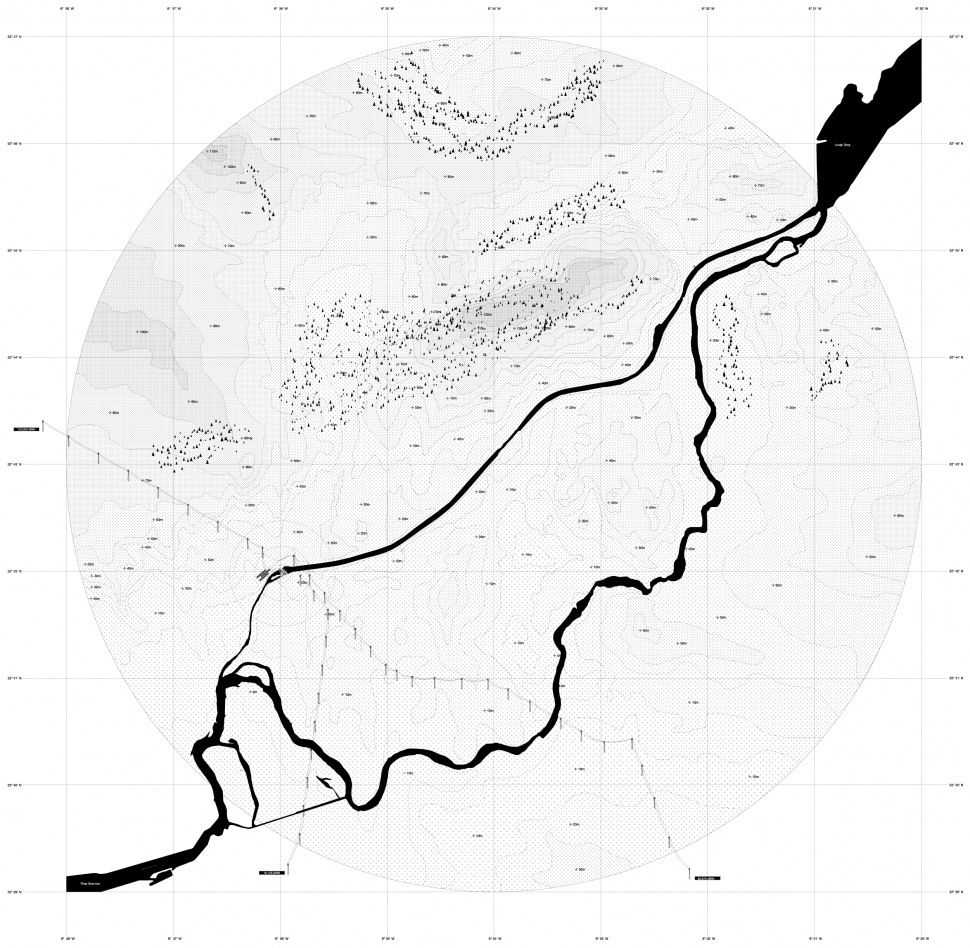 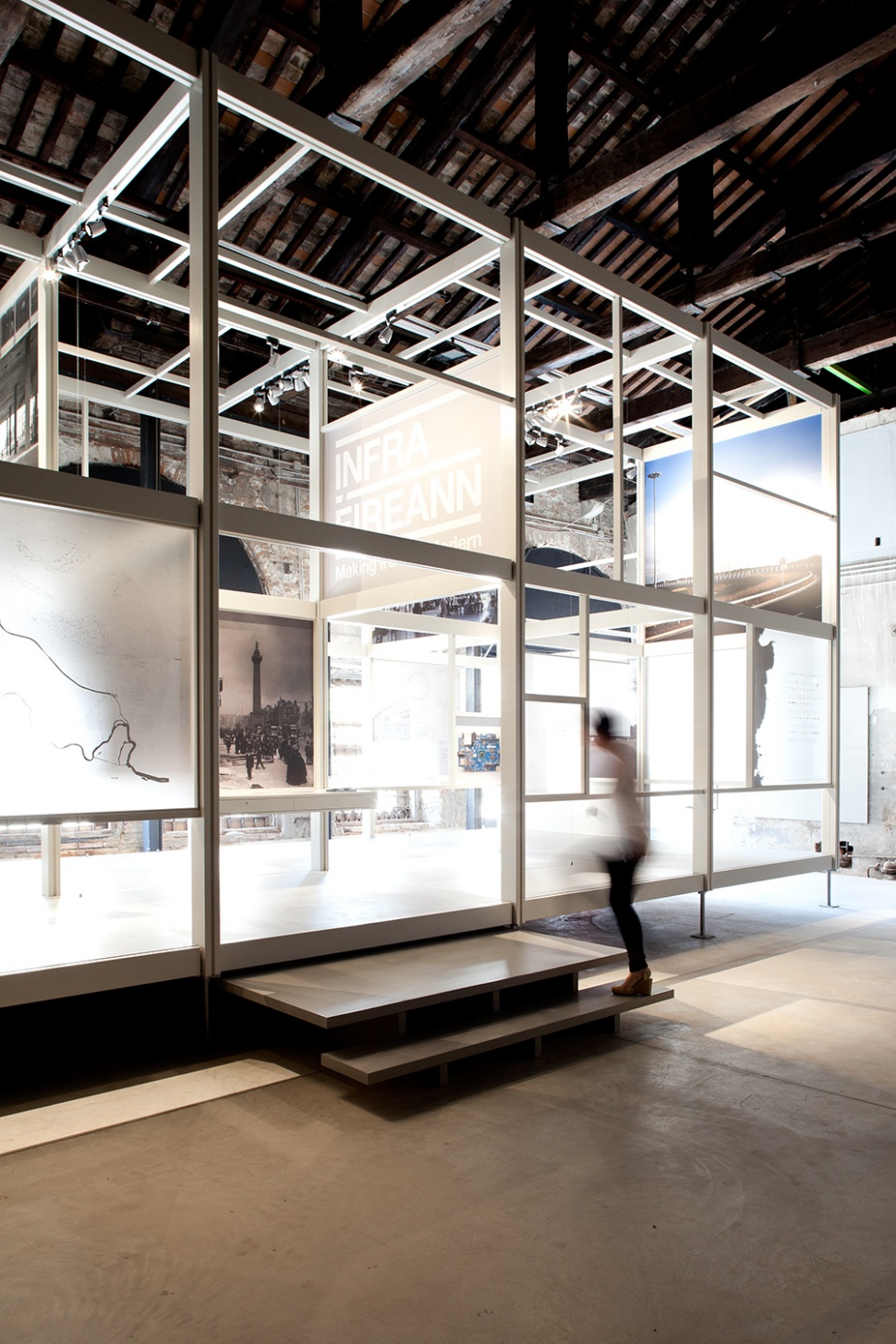 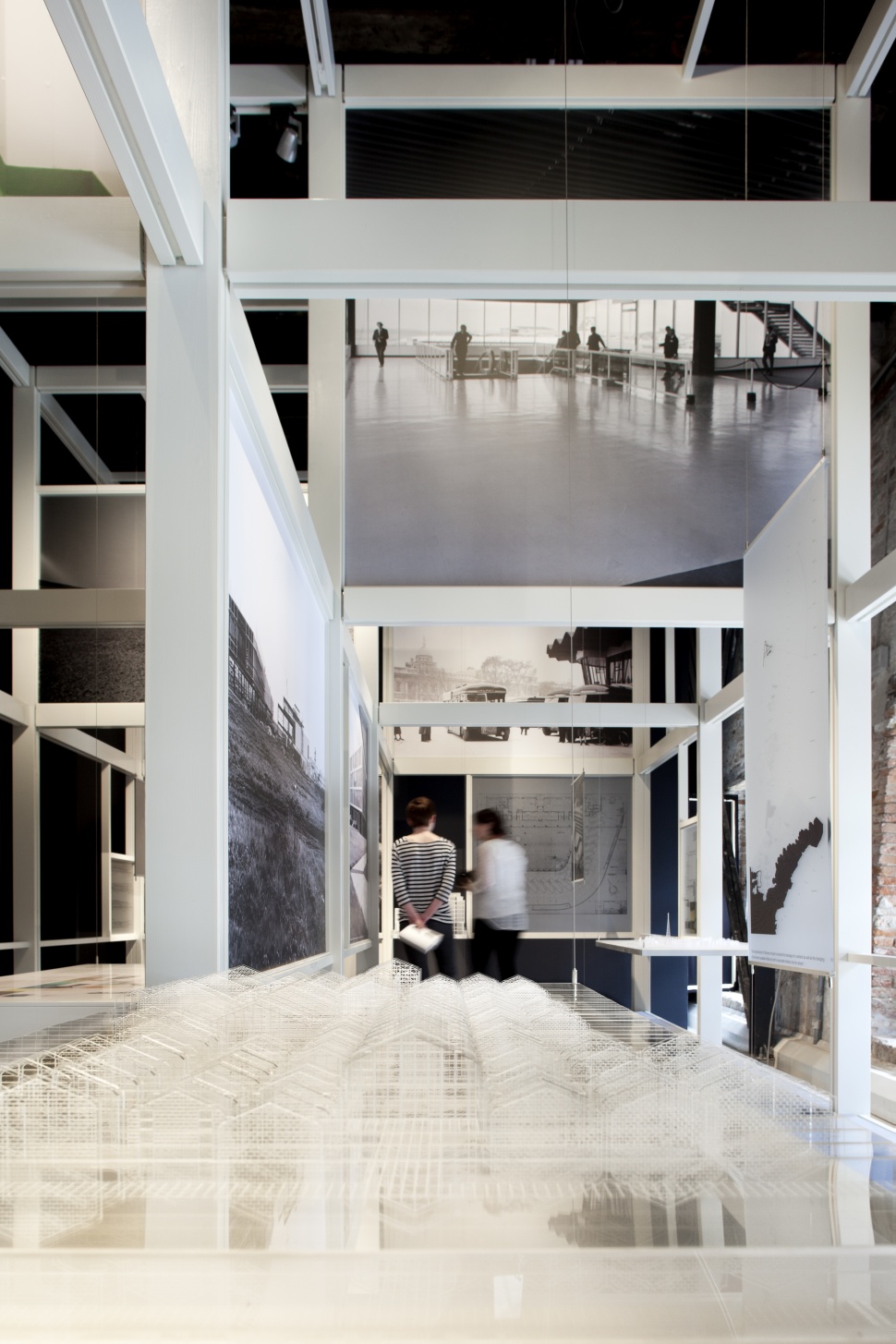 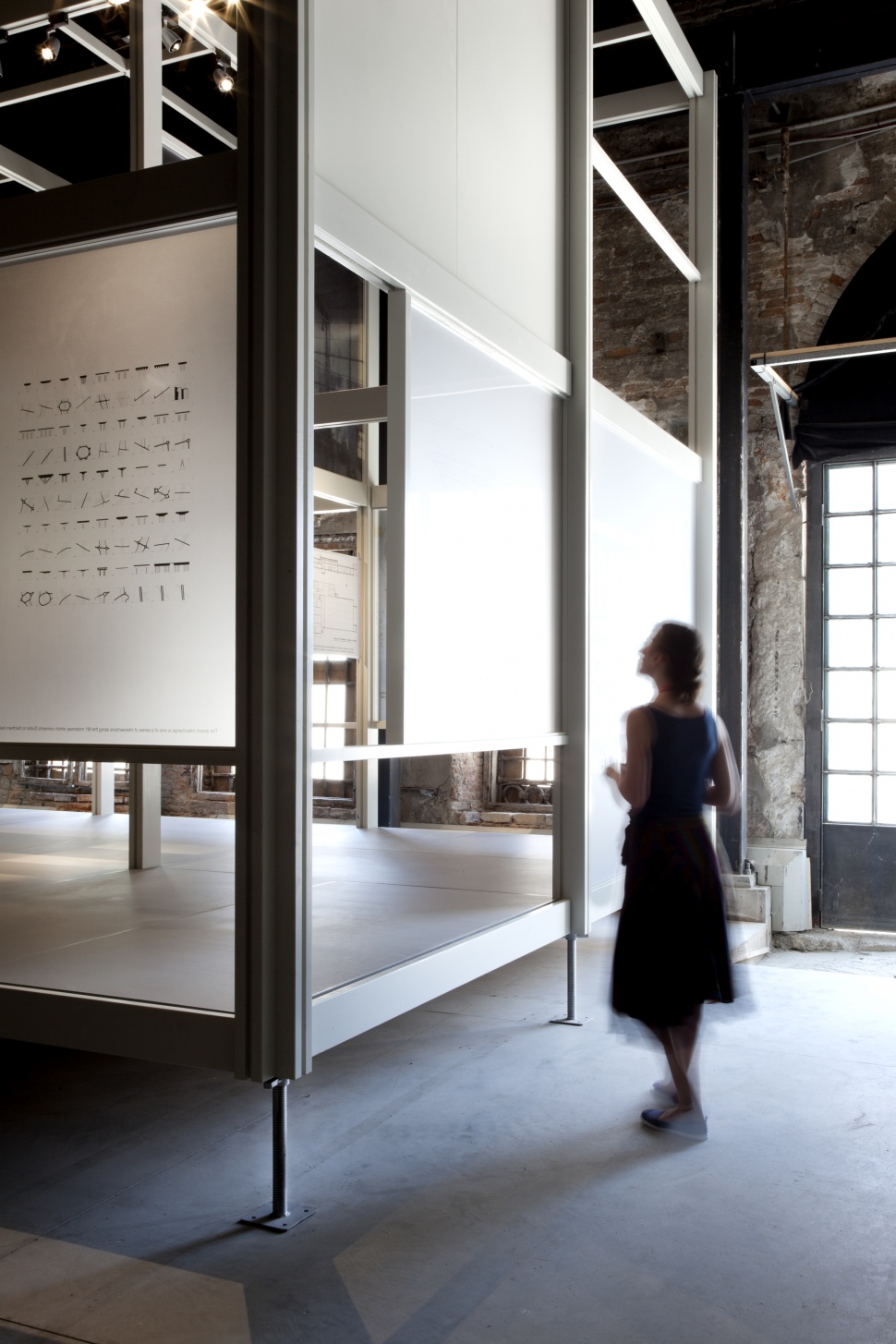 The exhibition responded to the brief for national pavilions to address the subject of Absorbing Modernity 1914 – 2014 and it presented ten infrastructural episodes across a period of a hundred years.  Placing architecture within a technological and cultural flow of national and international dimensions, Infra-Eireann explores the operations of infrastructure in the making of modern Ireland at a range of scales from the detail design of objects to entire landscapes and other social and physical territories.

How modernity is absorbed into national cultures usually presupposes an attachment to previous conditions and a desire to reconcile the two. In an Irish context, due to the processes of de-colonisation and political independence, this relationship is more complicated. In 1914, Ireland was largely agricultural and lacked any significant industrial complex. The construction of new infrastructures after independence in 1921 became central to the cultural imagining of the new nation. The adoption of modernist architecture was perceived as a way to escape the colonial past. As the desire to reconcile cultural and technological aims developed, these infrastructures became both the physical manifestation and concrete identity of the new nation with architecture an essential element in this construct.

Technology and infrastructure are inherently cosmopolitan. Beginning with the Shannon hydro-electric facility at Ardnacrusha (1929) involving the German firm of Siemens-Schuckert, Ireland became a point of various intersections between imported international expertise and local need. By the turn of the last century, it had become one of the most globalised countries in the world, site of the European headquarters of multinationals such as Google and Microsoft. Climatically and economically expedient to the storing and harvesting of data, Ireland has subsequently become an important repository of digital information farmed in large, single-storey sheds absorbed into dispersed suburbs. In 2013, it became the preferred site for Intel to design and develop its new microprocessor board, the Galileo, a building block for the internet of things.

The story of the decades in between, of shifts made manifest in architecture and infrastructure, from the policies of economic protectionism to the embracing of the EU is one of the influx of technologies and cultural references into a small country on the edges of Europe: Ireland as both a launch-pad and testing ground for a series of aspects of designed modernity.

In 2015 ‘Infra-Eireann: Infrastructure and the Architectures of Modernity in Ireland 1916-2016’, a major publication of the research undertaken for this project was published by Ashgate (now Routledge). Order a copy of the book here