The objective was to design a treatment that would dematerialise an above ground gas installation on the Liffey quayside while still meeting the functional requirement to ventilate the pressure reducing chamber inside. To do this we wrapped the installation in a skin of glass that allows the air to enter below the skin and to escape behind the parapet. The installation building is covered in plastic sequins and the glass is treated with alternating bands of dichroic film. The flow of air causes the sequins to shimmer reflecting spots of coloured light back onto the glass. At night a similar effect is created by lighting concealed within the outer skin.

This project won a commendation in the RIAI Awards 2010, and an AAI award in 2011. It was published in New Irish Architecture 26.  The British architectural historian William JR Curtis described it as “a beautiful understated little kiosk.”

It was featured in the Wallpaper* City Guide to Dublin 2014 Edition where it was described as “A paean to subtlety in an area that was a playground for brash overstatement in the Celtic Tiger era.” 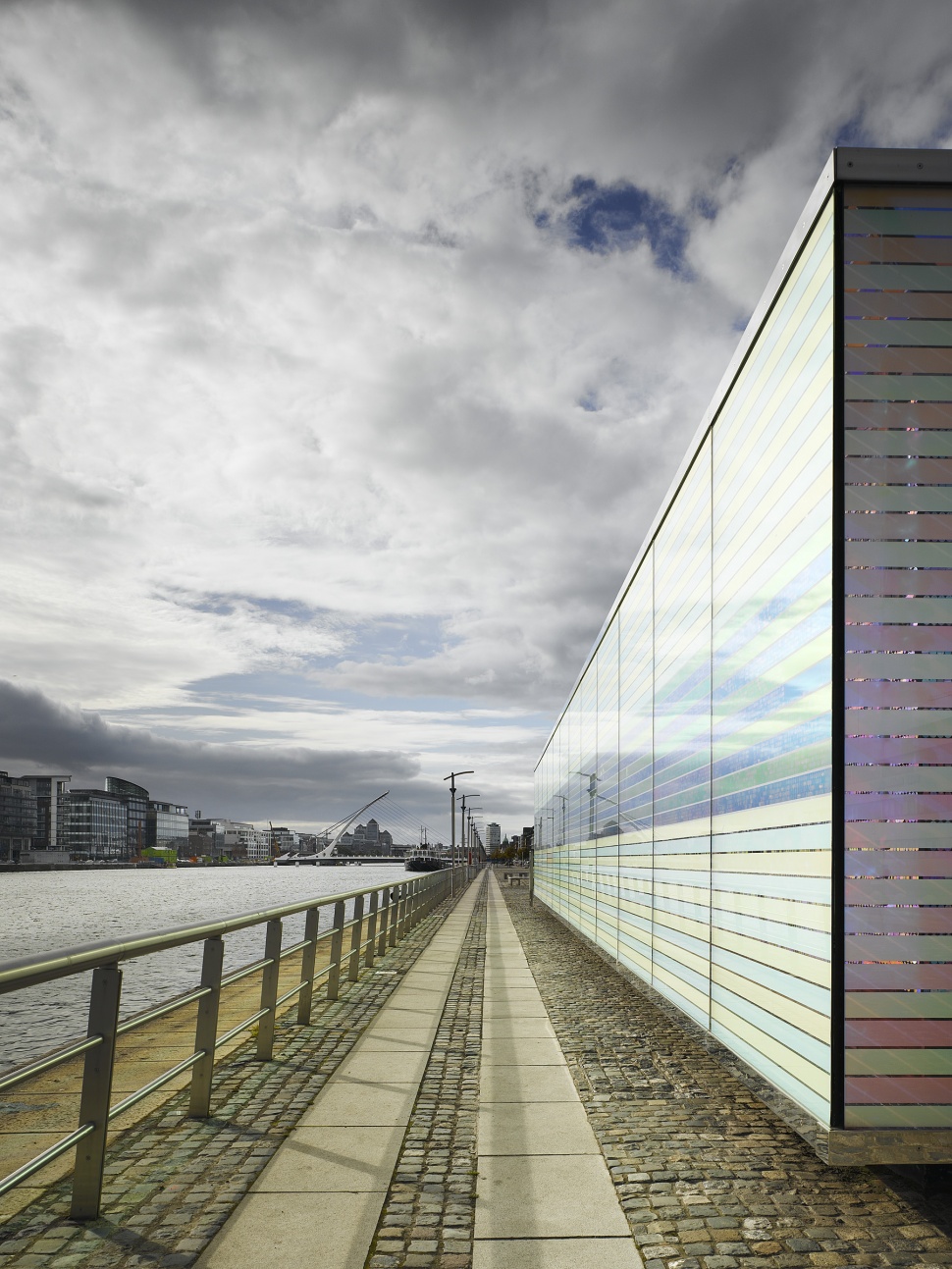 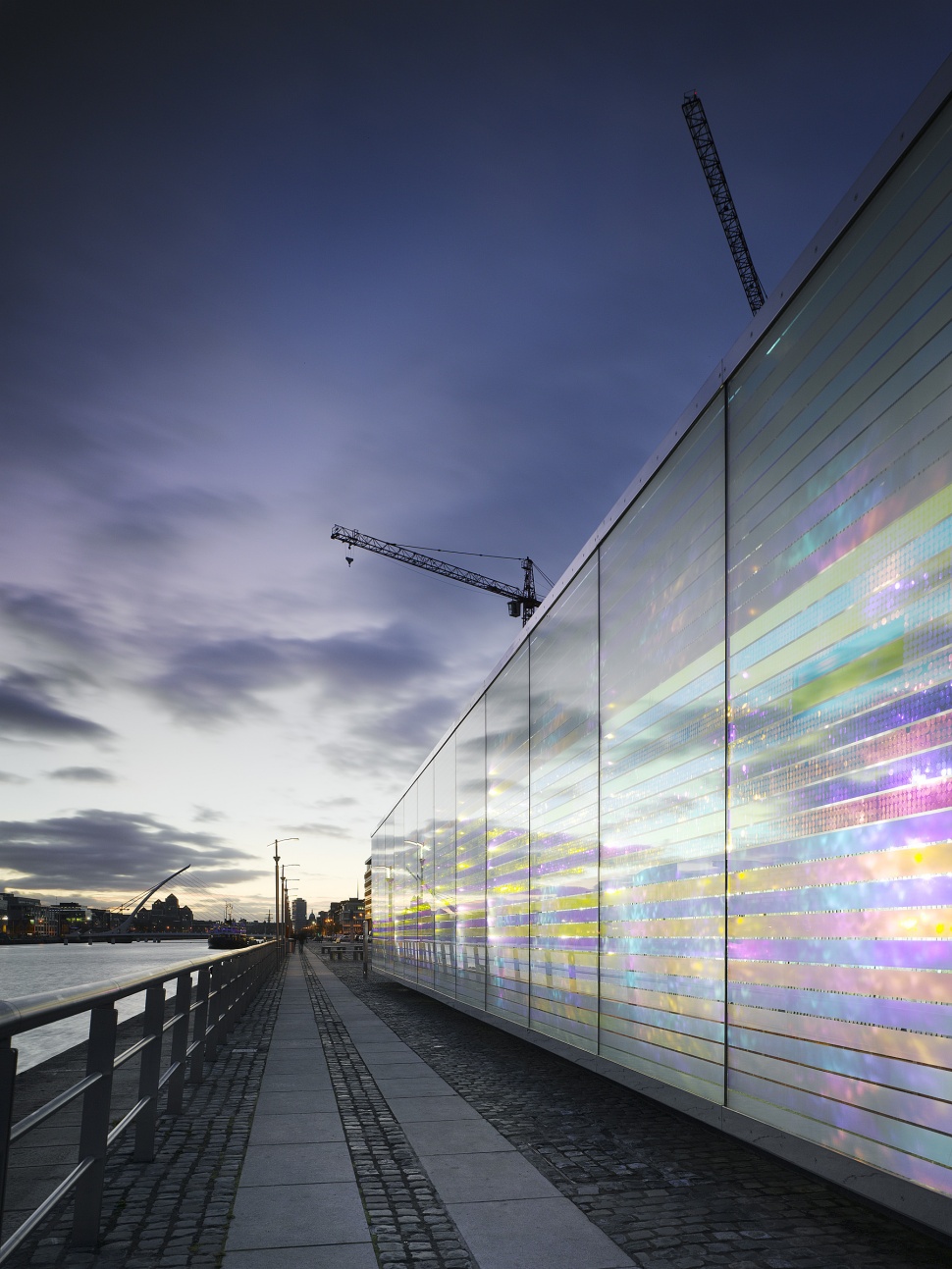 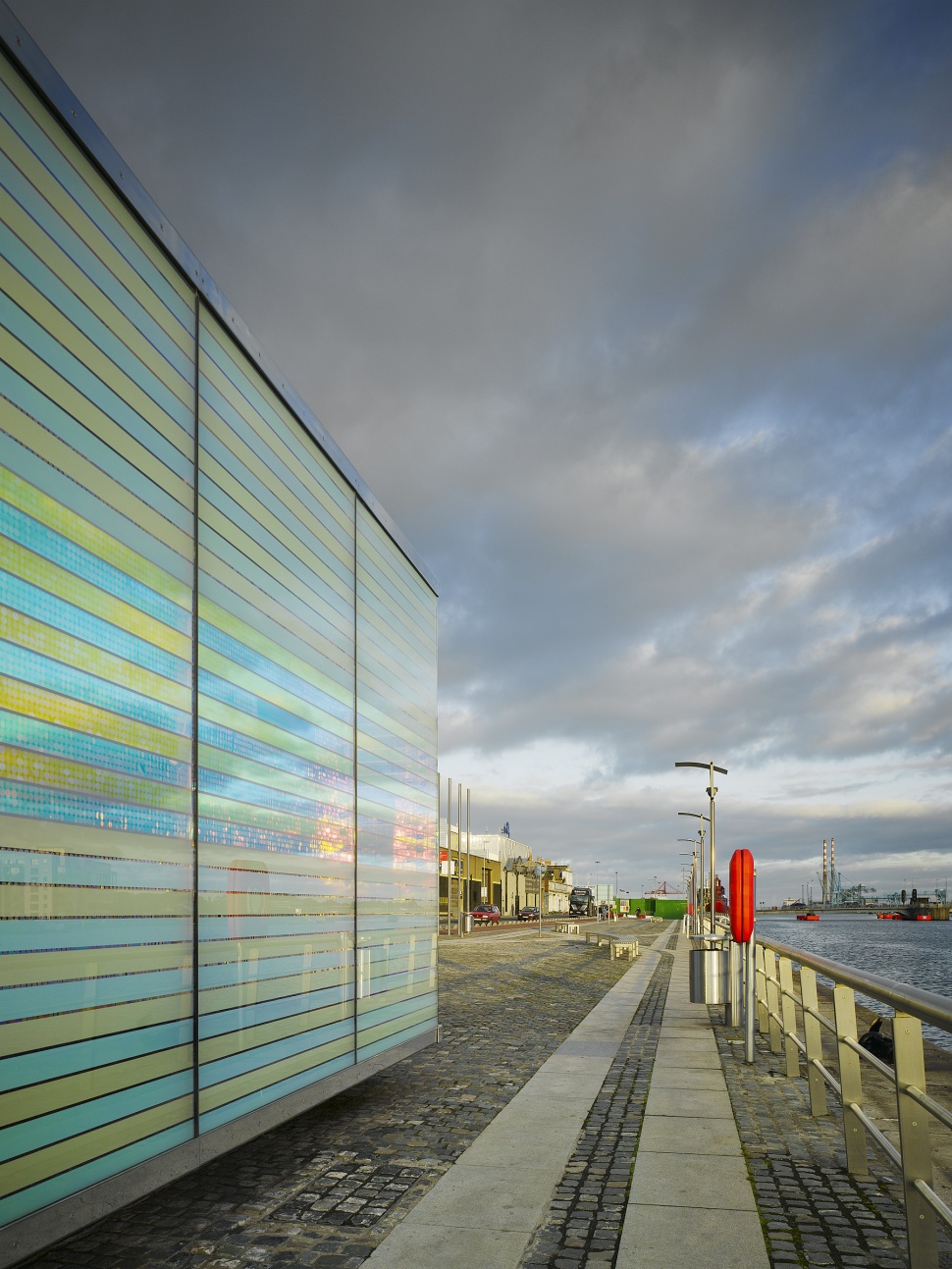 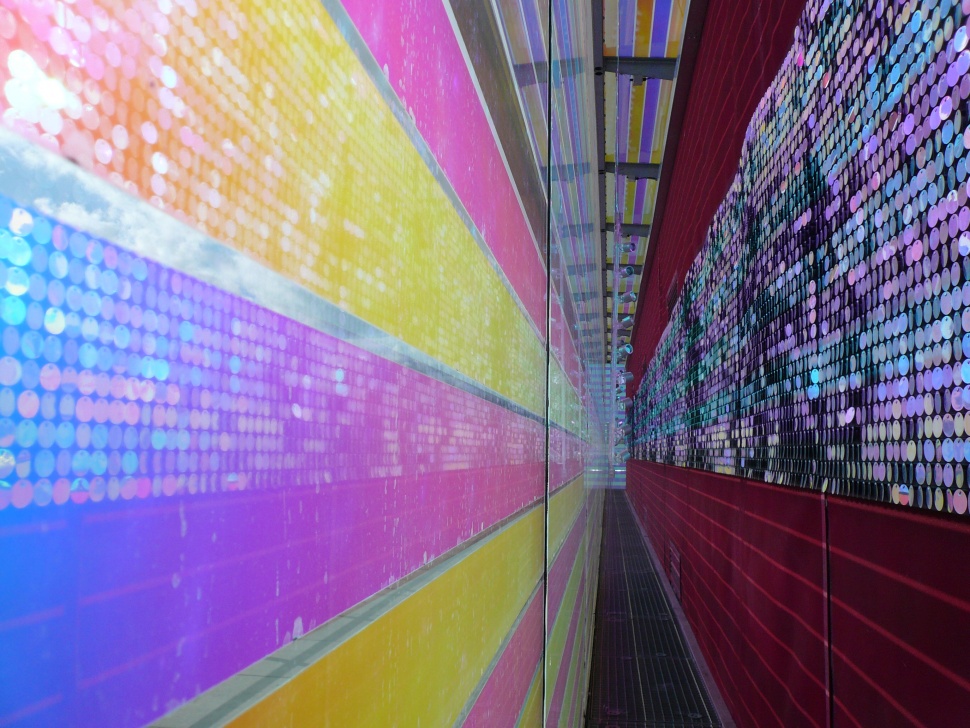 the Bord Gáis installation on North Wall Quay by John McLaughlin and Martin Richman is an excellent example of how to make something that is almost bound to be ugly, beautiful.

The combination of shimmering sequins and reflections on the glass skin make this a gorgeous and playful piece. It is considered, imaginative, and functional.